Cancer has a language all its own

Studies show not understanding cancer terminology can be a barrier for patients trying to make informed decisions about their cancer treatment options. If you’re struggling to understand your cancer diagnosis or treatment plan, it’s important to talk with your cancer care providers and ask them to explain things in a way that you can understand.

Information is one of your best weapons in the fight against cancer. In addition to asking questions of your doctor about your treatment options, you can rely on the supportive care team at Rocky Mountain Cancer Centers (RMCC) to help guide you through your decision-making process. In the meantime, we’ve put together some common cancer-related terms that can help you speak and understand the language. 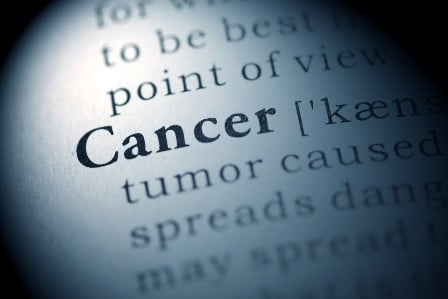 Active surveillance: A conservative approach to treatment for certain types of cancer, including prostate cancer, that involves conducting certain tests and imaging on a regular basis to monitor for changes or growth.

Adjunct therapy: An additional treatment used along with the primary cancer treatment.

Adjuvant therapy: Additional treatment given after the initial cancer treatment, usually in an effort to prevent cancer from returning. Adjuvant therapy can include chemotherapy, radiation therapy, hormone therapy, targeted therapy, or biological therapy.

Angiogenesis: The formation of new blood vessels. Some cancer treatments work by blocking angiogenesis, which helps keep blood from reaching, or feeding, the tumor.

Antigen: Antigen: A substance, such as toxins, bacteria, or viruses, that prompts a response from the body’s immune system.

APBI (accelerated partial breast irradiation): A technique specific used for qualified breast patients, where only part of the breast is treated, usually twice daily, over a week

Aromatase inhibitors: Drugs that keep the adrenal glands from making estrogens. They are used to treat hormone-sensitive breast cancer in women after menopause.

Benign: Non-cancerous. Benign tumors may grow but do not spread to other parts of the body.

Biopsy: The removal of cells for examination by a pathologist, to determine if the cells are cancerous.

Bone marrow transplant: A treatment that replaces blood-forming stem cells that have been destroyed by high doses of chemotherapy and/or radiation therapy. The bone marrow may come from the patient (autologous) or a donor (allogeneic).

Bone scan: An imaging test that can be done in a Nuclear Medicine or PET department. It is used to determine if cancer has spread to the bones, and if so, where. For this test, a small amount of radioactive material, given through the veins, collects in the bone and shows a higher concentration where there are cancer cells. After a delay of 1-3 hours, a specialized camera will create an image of the distribution of the radioactive material.

BRCA1/BRCA1: Two genes that normally help to suppress cell growth. A person who inherits certain mutations (changes) in a BRCA1 or BRCA2 gene has a higher risk of getting breast cancer, ovarian cancer, prostate cancer, and other various types of cancer. These genes can be discovered through cancer genetic testing.

Carcinogen: A substance that causes cancer.

Chemobrain: The name was given to the mental cloudiness people with cancer sometimes experience during, and after chemotherapy.

Chemoprevention: Use of drugs or vitamins in an effort to prevent the recurrence of cancer.

Chemotherapy: Drugs intended to stop the spread of cancer cells. Chemotherapy drugs may be given by mouth, injection, or infusion, depending on the type and stage of cancer.

Clinical trial: A study designed to determine how effective a new procedure, screening method, treatment, or drug is against a disease. Sometimes clinical trials are also referred to as cancer research trials.

Concurrent Cancer Treatment: A cancer treatment plan that calls for chemotherapy and radiation at the same time. Sometimes called the concurrent treatment of cancer, concomitant treatment, or chemoradiation therapy.

CT: A CT scan (Computed Tomography or Computed Axial Tomography) is an X-ray technique that produces images of your internal organs that are more detailed than those produced by conventional X-ray exams. CT scans are safe and can be performed in an hour or less as an outpatient procedure. CT enables imaging and differentiation of soft tissue structures, such as liver, lung tissue, and fat. CT is especially useful in searching for large space-occupying lesions, tumors, and metastasis. It cannot only reveal their presence, but also the size, spatial location, and extent of a tumor. CT images are also used as a basis for planning radiotherapy cancer treatment and are often used to follow the course of cancer treatment to determine how the tumor is responding.

External beam radiation therapy (EBRT): Radiation, much like an X-ray, from a source outside the body that is focused on the cancer.

Flow cytometry: A test that detects how fast tumor cells are growing, and whether they contain normal amounts of DNA. This test is used to help predict how fast a cancer is likely to grow and spread.

Genetic counseling: Education, provided by a trained professional, about the inherited risk for disease, including available testing, resources and possible preventive or management options. Genetic counseling should be part of the genetic testing process.

Hereditary cancer genetic testing: Blood tests to determine whether a person has genetic changes known to increase cancer risk for themselves and/or their family. Such testing is typically recommended only for people with certain personal or family histories of cancer. The specific genes analyzed are determined by a genetics professional, such as a genetic counselor, based on one’s personal and/or family history of cancer.

Hormone Therapy: A cancer treatment that slows or stops the growth of cancer cells by depriving them of the hormones they need to grow. Hormone therapy is sometimes used to shrink cancer tumors prior to surgery, but it’s most often used following treatment to help reduce the chances of cancer returning or spreading.

In situ: In place, or confined to one area. In cancer, in situ refers to cancer in a very early stage.

Invasive cancer: Cancer that has spread into nearby tissues.

Localized cancer: Cancer that is confined to the organ in which it started.

Lynch syndrome: An inherited disorder that increases the risk of colon cancer, ovarian cancer, uterine cancer, and other types of cancers.

Metastasis: Cancer cells that have spread to other a site or sites elsewhere in the body, often by way of the lymph system or bloodstream.

Neoadjuvant therapy: When an additional treatment used before the primary cancer treatment. For example, chemotherapy may be used to shrink a tumor before surgery.

Palliative care: Treatment to relieve symptoms and provide comfort, which often includes emotional or spiritual care. It can be provided alone, or together with therapies designed to cure disease.

Primary site: The organ or other location where cancer began.

Radiation therapy: A cancer treatment with high-energy rays, such as X-rays, intended to kill cancer cells and shrink tumors.

Recurrence: The return of cancer after treatment.

Remission: A condition in which symptoms and signs of cancer have disappeared in response to treatment. A remission may not be a cure.

Rescue treatment: Procedures such as bone marrow transplant that “rescue” a patient’s immune system by stopping the actions of high-dose chemotherapy.

Resection: Surgery to remove all or part of an organ affected by cancer.

Respite care: Short-term care of a sick person intended to provide a break for the regular caregiver.

Secondary tumor: A tumor that forms away from the original site of the original tumor, as a result of the spread of cancer.SRS/SRBT: Stereotactic Radio “Surgery”/Stereotactic Body Radiation Treatment is a very high dose of radiation delivered to a small area in the brain or body.

Staging: Determining whether cancer has spread and, if so, how far. A cancer’s stage is generally expressed in Roman numerals, I through IV, with higher numbers reflecting the greater spread of disease.

Targeted therapy: A cancer treatment that attacks a specific part of cancer cells. Targeted therapies often have fewer side effects.